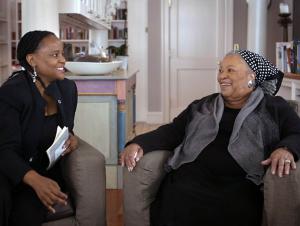 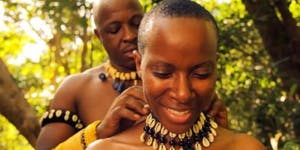 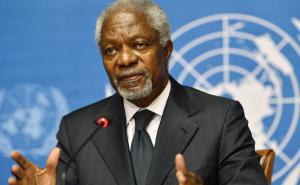 The popular festival, which showcases black filmmakers, actors, directors and producers all over the world, runs from Friday, Nov. 23 to Sunday, Dec. 9”
— Black Press USA

Some titles come directly from important national and international film festivals such as Sundance, the Tribeca Film Festival, the Pan African Film Festival, FESPACO, Cannes, Slamdance and Berlinale. Some of the films celebrate the contribution of men and women who have resisted and succeeded in affecting major changes in society. Films featuring Miriam Makeba, Sandra Bland, C.L.R. James, Errol Barrow, and Nobel Prize winners Dr. Denis Mukwege, Kofi Annan and Toni Morrison are part of the ADIFF 2018 line-up.

Opening Night film TIMELESS, A VIRGIN ISLANDS LOVE STORY travels in time from 19th Century Ghana to the modern day Caribbean. It is the story of Ajuwa, a Ghanaian warrior, who loses her soulmate to the slave trade; their souls reunite in contemporary US Virgin Islands.

Closing Night film MUSLIMAH'S GUIDE TO MARRIAGE is a comedy of manners about Muslimah Muhammad, a twenty-something African-American orthodox Muslim woman who lives in Inglewood, CA and has seven days and fourteen hours left in her Iddah (Muslim separation) before she will officially be divorced from her cheating husband.

OTHER HIGHTLIGHTS INCLUDE THE PREMIERE SCREENINGS:

*FREEDOM OF THE WOLF by Rupert Russell (NY Premiere, Germany, Hong Kong, India, Japan, Kuwait, Tunisia, Usa, 2017, 89mins). Democracy is in crisis. A new generation of elected leaders are dismantling freedom and democracy as we know it. Filmed over three years in five countries, Freedom for the Wolf is an epic investigation into this new regime of illiberal democracy.

*MINGA AND THE BROKEN SPOON by Clay Edou (Cameroun, 2017, 80mins). A charming animation for the entire family, this African fable tells the story of Minga, an orphaned girl living with her stepmother Mami Kaba and her stepsister Abena.

*NO SHADE by Clare Anyiam-Osigwe (UK, 2018, 104mins). Told through the prism of love, relationships, dating and marriage, No Shade provides a raw perspective on the issue of colorism.

*SHAIHU UMAR by Adamu Halilu (Nigeria, 1976, 142mins). Newly restored copy. Set in northern Nigeria towards the end of the 19th century, Shaihu Umar starts with a discussion between Islamic students and their renowned teacher, the wise man Shaihu Umar.

*A DAY FOR WOMEN (YOUM LEL SETAT) by Kamla Abu Zeki (Egypt, 2016, 110mins). A new swimming pool opens in a poor Cairo district, with the announcement that Sundays are reserved for women.

*THEY HAD A DREAM (LE RÊVE FRANÇAIS) by Christian Faure (France, 2017, 2x90mins). THEY HAD A DREAM tells a story based on reality. It is both a social and a fictional saga, exploring the interconnected lives of two Guadeloupian families to reveal hidden and obscure aspects of French society.

*ELLEN: THE ELLEN PAKKIES STORY by Selma Baccar (Netherlands, Poland, South Africa, 2018, 123mins). Based on true events, ELLEN tells of the troubled relationship between a mother and her drug-addicted son – a relationship that will eventually drive her to the edge and lead to his murder.

*LAST LIFE AKA RISE AGAIN by Michael Phillip Edwards (USA, 2018, 82mins). The story of three American spirits as they inhabit 16 different characters moving through America's racial history from the birth of the nation to the present.

*SINGLEVILLE by Mary McCallum (USA, 2018, 73mins). Singledom sucks for three feisty ladies with stories to tell and male egos to skewer in this raucously funny mockumentary that boasts an all-female cast.

The African Diaspora International Film Festival is a 501(c)(3) not for profit organization.

ABOUT THE AFRICAN DIASPORA INTERNATIONAL FILM FESTIVAL
Described by film critic Armond White as “a festival that symbolizes diaspora as more than just anthropology,” ADIFF has managed to increase the presence of independent Afrocentric films from all over the world in the general American specialty movie scene by launching films such as THE TRACKER by Rolf de Heer (Australia), KIRIKOU & THE SORCERESS by Michel Ocelot (France), GOSPEL HILL by Giancarlo Esposito