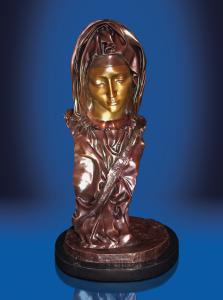 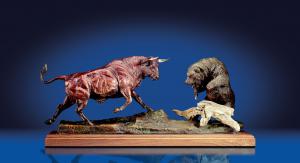 The MoneyShow Seattle, June 15-16, 2019, is returning to Seattle, and this year’s conference will focus on Stocks, ETFs and Options.

We are eager to participate in this year’s Seattle MoneyShow and believe our sensational booth display and unique agenda is so innovative, it will generate tremendous interest.”
— Mark Russo, Founder Foundry Michelangelo

BATTLE GROUND, WASHINGTON, USA, June 11, 2019 /EINPresswire.com/ — Treasure Investments Corporation, dba Foundry Michelangelo, is a Bronze Sponsor of this flourishing, well-managed event. Founder, Mark Russo, and his team are planning an impressive all-new floor display of their works, plus a few surprises. This is their 7th MoneyShow in the past two years, and it promises to be another spectacular event.

Foundry Michelangelo Director of Investor Relations, Michael Sheppard, is one of the featured speakers and is a specialist in “Alternative Investments”, a rapidly growing and exciting field in financial circles.

Befitting the MoneyShow theme, a two by three foot bronze sculpture created by Lorenzo Ghiglieri, and entitled The New Powerful Exchange, will be prominently featured in our booth. It depicts the American Stock Exchange’s symbol, in a fierce confrontation between a bull and bear. During the California Gold Rush, miners used to pit bears and bulls together in a fighting ring. The bloody sport eventually was outlawed, but the symbolic strength of the two animals translated into modern Wall Street catchphrase, as the bull tends to slash upward and the bear strikes downward. And what better venue than the Seattle MoneyShow could be chosen to display this iconic piece?

On another theme, spiritual, we are extremely pleased to display a very special bronze cast in our foundry, a derivative of a Michelangelo sculpture, the Madonna Bust Michelangelo, and the sixth of a limited edition of 777.

As Mark describes, “Foundry Michelangelo is a fine art company that provides incredibly detailed, finely-finished sculptures ranging in size from desktop to monumental pieces, some more than life-size, and certainly some of the largest in the world. The images represent in precise detail, patriotic, equestrian, cultural, Western-themed and biblical cast and exquisitely finished in bronze, pure .999 silver, and even pure gold!

Currently, 22 of the premier galleries in the United States represent our high-end, more complex pieces like The ‘Presidential’ American Patriot. Created by one of our principal artists, world-renowned Lorenzo Ghiglieri, The ‘Presidential’ American Patriot Silver Edition depicts the magnificent American Bald Eagle holding an unfurling document, Article One of the U. S. Constitution, in its talons. Its fraternal twin, a bronze edition of this same sculpture, will also be on display.

World renowned as an artist and sculptor, one of our featured artists, Lorenzo Ghiglieri, has creations gracing the most prestigious museums and art collections around the world. His work is in The White House, The Vatican, The Kremlin, and the Royal Palace in Madrid. His sculptures and paintings have been presented to Ronald Reagan, Al Gore, HM Queen Elizabeth II and Luciano Pavarotti. In the spirit of peace, Lorenzo presented his Holiness Pope John Paul II, the King of Spain, and former Russian President Mikhail Gorbachev with his conception of St. Francis of Assisi in bronze.

Our other featured artist, Lorenzo’s son, painter and sculptor Laran, is continuing the family legacy of his Great-Grandfather Battista Ghiglieri, who carved the regal marble lions that grace the edifice of the NYSE. His Grandfather, Angelo, created a colossal marble sculpture of a Franciscan priest that is now on public display in California. Under the guidance of his father, Laran began creating master works when he was only eleven years old. And has since created and co-produced hundreds of paintings and sculptures and spectacular monuments on display worldwide.

Another division of the company creates some of the largest monuments ever seen. For example, 30-foot tall bronze eagles, a life-size whale in an Anchorage, Alaska zoo, to larger than life-size bronze elephants.

We are eager to participate in this year’s Seattle MoneyShow and believe our sensational booth display and unique agenda is so innovative, it will generate tremendous interest.”