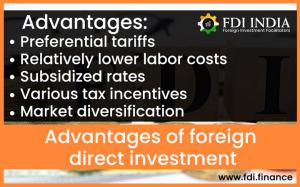 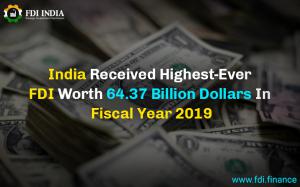 Real modifications are being taking place in the set-up of Indian economy and this is actually going to leave a phenomenal impact in the prospect of India.

• An insight into promotion and facilitation practices:
The promotion as well as facilitation of the investment along with a predominant strategy can help improve the investment environment of a country. In addition to this, the promotion and facilitation of investment can also help enhance the domestic as well as foreign investment and also helps increase the contribution to the national economic development. However, for a successful promotion of investments, a careful calculation of the way in which the resources need to be employed in the most effective manner is needed along with the way in which these activities need to be organised so as to promote activities within the government such that there is an improvement in the investment climate and the goal of the economic development remains on priority.

• Information related to the FDI in India :
Invest India is a joint effort of all the industry associations along with the Centre and State government in order to encourage rather attract the foreign investments in India. This initiative has also shown some amazing results.

As per the figures indicated by the Ministry of Commerce and Industry, the country has seen an FDI inflow of $60.97 billion in 2017-2018 which has been a whopping increase of 69 percent since 2013-2014 wherein the total FDI inflow was around $36.05 billion. At present, Invest India is working with 907 companies with an investment amounting to $114 billion and an employment of 1,832,551 providing end-to-end support. The ministry has also reported that out of these numbers, investments worth $21 billion and 117,252 employments have been generated till February 2019. The formation of Invest India goes back to 2009 under Section 23 of the Companies Act of 1956. It consisted of 49 percent equity by the then Department of Industrial Policy and Promotion, Ministry of Commerce and Industry and 51 percent shareholding was held by FCICI. Invest India is the National Investment Promotion and Facilitation Agency and also acts as a significant point of reference for all the investors in India.

The shareholding pattern of Invest India currently comprises of 51 percent equity by industry associations that can be broken down into 17 percent each of CII, Nasscom, and FICCI. The remaining 49 percent has been attributed to the Centre and 19 State governments. It has been noted that Invest India has responded to 169,230 business requests from September 2014 till date and is also currently working actively with numerous States to build capacity as well as reinforce the Investment Promotion Agencies that already exist and also bring in global best practices in investment targeting, promotion and facilitation areas. In addition to this, in order to promote Foreign Direct Investment, the government has also put in place an investor-friendly policy in which apart from a small list, most of the sectors fall under 100 percent FDI as part of the automatic route. The policy related to FDI is also reviewed on a regular basis to make sure that India remains an investor friendly and an attractive destination.

FDI (Foreign Direct Investment) is the investment that is done by a person or an entity residing in one country into a business which is set up in another country to establish a lasting interest.

• Advantages of foreign direct investment
This form of investment is preferred due to the number of benefits that it offers to both the investor as well as the foreign country being invested in. Due to the incentives that it offers, there has been a significant increase in the parties engaging in FDI. Some of these benefits include tax incentives, preferential tariffs, subsidies, low labour costs, and diversification of market.