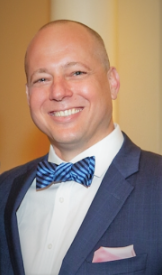 PALM BEACH, FLORIDA, UNITED STATES, January 17, 2020 /EINPresswire.com/ — James Lukezic has over twenty years of experience as a retirement consultant for large corporations. In his role as Executive Managing Director of Old Slip Capital Partners, James Lukezic keeps his team in compliance with ERISA. “My firm is a leading ERISA Fiduciary Advisor to large corporate retirement plans of all kinds,” James explains. Staying in compliance with ERISA is an essential part of his job, which is why James Lukezic explains ERISA and what the responsibilities are for fiduciaries.

What is the Purpose of ERISA?

According to James Lukezic, the main goal of ERISA is to identify roles and regulate fiduciary responsibilities. For the purposes of ERISA, a fiduciary is a person who controls, manages, or holds authority over a plan or assets. As a penalty for violators, all fiduciaries who break the rules will have to return any losses to the plan.

What is the Employee Income Retirement Income Security Act?

Under ERISA, fiduciaries, who manage the assets, must follow the rules to avoid misusing the assets outlined in the plan. The Employee Retirement Security Act (ERISA) came into existence in 1974 to help protect the retirement assets of all the people who entered a plan, as James Lukezic mentions. James Lukezic also points out the ERISA has minimum participation standards set, which dictate the vesting, benefit accrual, participation, and funding. Plan sponsors also have to adhere to the rules and provide adequate funding to remain in compliance with ERISA.

ERISA also dictates all fiduciaries must provide participants with all of the relevant information about the plans’ benefits and features. Under ERISA, some rules dictate how long a person should work for before they’re able to participate in a pension plan.

What Is a Non-Qualified Plan?

James Lukezic has also pointed out the importance of considering a non-qualified plan. A Non-Qualifed plan is a type of tax-deferred, employer-sponsored retirement plan that falls outside of Employee Retirement Income Security Act (ERISA) guidelines. According to James, Non-qualified plans are designed to meet specialized retirement needs for key executives and other select employees and can act as recruitment or employee retention tools. These plans are also exempt from the discriminatory and top-heavy testing that qualified plans are subject to.

In his long and successful career, James Lukezic has worked for the large financial institutions such as Merrill Lynch, Citigroup Global Markets, Wells Fargo, and Bank of America. James Lukezic graduated from Cornell University with a B.S. in banking, corporate finance and securities law. James Lukezic is also a member of the United States Polo Association, New York City's Fencers Club, and the American Helicopter Society. Not to mention, he is also a sommelier, and his favorite wines include Napa Cabernet Sauvignons and Pinot noirs from Oregon’s Willamette Valley.