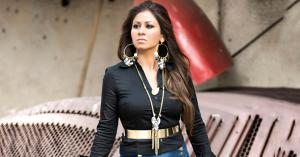 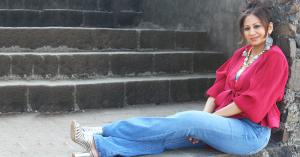 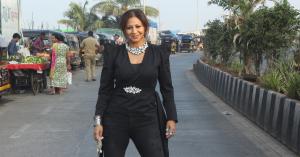 Shahin Badar, the UK based award winning Singer/Songwriter, has come to India to spread her message about Women empowerment

I think it connected with women all over India cause the Music & Lyrics might have felt their need for independence.It could be from Domestic life, Economic, Cultural, or any other reason.”
— Shahin Badar

MUMBAI, MAHARASHTRA, INDIA, January 20, 2020 /EINPresswire.com/ — Shahin Badar, the UK based award winning Singer/Songwriter, has come to India to promote her single 'Jaag' which is a song  about Women empowerment, a thought that is very close to her heart. She has also released 4 Remix versions of 'Jaag' by renowned International DJ's.to create a wider audience for her message. She has been overwhelmed by the response she has been getting for 'Jaag'. She has been getting offers for Concerts, has the media featuring her on Radio, Live show on TV, on the cover of India's leading Music Magazine.and various publications forthcoming soon.

Shahin Badar says 'I was kind of surprised to the response to the song 'Jaag', I think it connected with women all over India cause the Music & Lyrics might have felt their need for independence.It could be from Domestic life, Economic, Cultural, or any other reason. I am thankful to my listeners for all the support'.

Shahin Badar is world famous for her vocals in The Prodigy's banger 'Smack My Bitch Up'. The multi million selling album, 'Fat of The Land' got her an entry into the Guinness book of records. Shahin Badar's vocal contributions feature in over 50 international Film and TV soundtracks like Lara Croft Tomb Raider:2, Charlie's Angels, Scary Movie 2, Closer, She has also sung in Bollywood movies for A.R. Rahman in Zubieda & Yuva, Dhai Akshar Prem Ke to name a few. She is also credited with successful albums like 'Laila' and 'Destiny'.

The track 'Jaag' is an edgy song about women empowerment, that revolves around awakening one’s resolve for independence, breaking the shackles of misogyny and appeals to the listeners to move forward without being tied down by age-old customs and norms. Shahin Badar has released 4 Remix versions of her single, they have been produced by world famous EDM Producers like  DJ Podje of  4SuMotion from Ireland and  DJ Juttla and  Kaya Project of UK

The first two remixes Vocal & Dub are produced by DJ Podje of 4SuMotion fame, who earned his reputation with his 10 year residency at the internationally renowned, U2 owned Kitchen Nightclub in Dublin Ireland.The track is a perfect fusion of Asian and European music and crosses over genres to be a floor filler in House, Tech House or Progressive House sets. DJ Podje states  “I was delighted to be asked to remix Jaag and when I heard the exceptional vocal I knew I had to do it !  Shahin is such a pleasure to work with, I enjoyed putting my slant on Jaag and feel that I’ve done the vocal justice ”

The third remix is by DJ Juttla, who is a renowned DJ & UK Producer. DJ Juttla has been a driving force in the Asian Electronic music scene for three decades.DJ Juttla has now featured on over one hundred releases and continues to move forward on his musical journey pushing the  boundaries of music.DJ Juttla says "I've been a massive fan of her music for over 20 years and my all time favorite track is by the Prodigy ‘Smack my bitch up ’ that she featured on ! A great vocalist and a lovely kind hearted person "

The fourth remix is by Kaya Project, founded by Seb Taylor and Natasha Taylor of UK. They have achieved acclaim for their Asian Dub and World Fusion Music, releasing five albums since 2004. Seb Taylor says “I decided to make a halftime tough dub steppy remix in order to contrast with the great dancey original mix. Shahin also sings on my very latest album 'Up from the Dust' on the Track 'Nazreh Mili ”

The song 'Jaag' and Remix versions are available on all leading streaming and digital platforms like Spotify, iTunes, Wynk, Beatport and many more. Shahin Badar will be Touring all over India with a Live backing band.For any further information get in touch with her management.