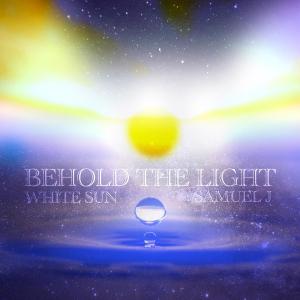 Behold the Light by White Sun

A new kind of love song for humanity:
"Behold the Light"
Available NOW on all streaming platforms.

“Behold the Light” delivers a message of universal love and compassion for the earth and all its inhabitants.

“So we stand now to see the earth rise,
Holding our hearts in these times,
Let go of all these tears
Release now all the fear.
Behold the light now in you
Let it rise up,
Let it come through.”

It’s a message of hope that doesn’t discount the challenges we face every day, but reminds us that each of us can be a light.

Behold the Light also features a choir of hundreds, uniting their voices in a powerful collective of projected energy.

A Valentine’s Day gift to the world, Behold the Light shines a light of love when we need it most.

White Sun often collaborates with other artists from around the world, including Grammy-winning kora player Mamadou Diabaté, Grammy-winning fiddle player Gabe Witcher of the Punch Brothers, and the Waters Family Singers, who have been a part of nearly 260 gold and over 100 platinum albums.