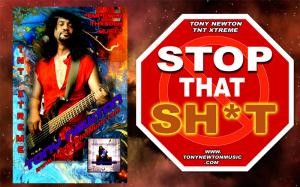 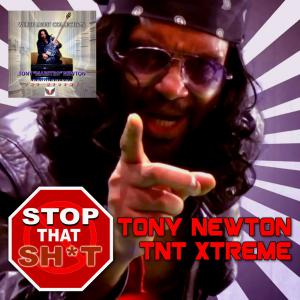 ASHEVILLE, NC, USA, February 17, 2020 /EINPresswire.com/ — Bass legend Tony Newton is releasing a timely new single “Stop That Sh*t” from his newly released acclaimed new album “White Light Collection.” Says Brett David Stewart of JukeboxPodcast, “Lyrically, the single takes aim at those who only want to benefit themselves, often at the cost of those around them and future generations. 'Stop That Sh*t,' Newton croons funkily as he points the finger at a 'bad cancer' of society – those with endless greed.”

Not too long ago, the world of music found a revelation in Tony Newton, a virtuoso hailing from the historic city of Detroit, Michigan. Tony took keen interest in the art of music right from the days of his childhood. At the tender age of 7 years, his passion for music drew him closer to the piano. Although Tony is highly adept in playing keyboards, there is no denying the fact that he has carved out quite a history for himself in the field of electric bass.

Newton officially launched his bass guitar career along with the likes of esteemed blues musicians, such as John Lee Hooker, T-Bone Walker and Little Walter then moving on quickly to Motown. Tony has sealed a permanent berth for himself in the souls and minds of music lovers not only across the USA but also in different parts of the world by recording on over 100 hit recordings with innumerable world-renowned artists, including The Funk Bros., Tony Williams Lifetime, Smokey Robinson, Stevie Wonder, Michael Jackson, Supremes, Allan Holdsworth, Gary Moore's G-Force, Robbie Krieger of the Doors, Aretha Franklin, Mamas & Papas, Chuck Berry,& Little Richard, to name a few.

TONY STILL HERE. Scores of musicians, producers and one hit wonders have hit the dust. Tony's music has evolved from the turbulent and riotous sixties and seventies to the current plethora of crises of the 21st century. This legendary talent and rare phenom rose with white lightning speed to the top of American music artistry, to become an iconic trendsetter and innovator. What's different and unique about TN that distinguishes him from other music artists.

His fans say this:
“He is a powerful musical history coupled with current innovative sound”
“He’s not trying to fit into slots”
“He is a trendsetting, artist who forges his own way”
“His great song writing and arrangements!”
“A fresh new music, doesn't sound like anybody else, is original, Groove, depth of music, honesty, very uplifting”
“He is multifaceted, not only musically but personally and professionally in all that he does”
“Tony sees the bigger picture and beyond and succeeds in bringing it all together for the betterment of humanity”

Says Newton, “My music tells life stories – Within my music there is a unique and special story for each listener as well as a journey for both you and I. If I can write and perform music which helps you get through a bad time, good time, inspires, or gets you thinking, then I have fulfilled my mission”

“Newton's Motown roots are immediately apparent on 'Stop That Sh*t,' a lengthy nine minute excursion through his thunderous style of bass performance. It has a slick, cinematic style to it that's scored with searing electric guitar, bass, and keys solos, cataclysmic string sections, and waterfalls of bombastic percussion and backing vocals. Much like Motown, it's sharply produced and immensely suave, but never sterile or inauthentic.” – Brett David Stewart (BrettDavidStewart.com) – JukeboxPodcast

“Antonio (Tony) Newton, super genius, will go down in history as one of the most vital path forgers of our era” – Randali, Music Critic – Mean Streets Magazine.

WHAT TONY NEWTON IS DOING NOW!

Along with promoting his new album and single, currently Tony is writing and producing theme song for DNA National Homeless Soulutions! He is also preparing for “RARE” concert series in colleges and theaters across the US in addition to “Personal Enrichment, Technology and Music” speaking events, produced by Seaside Music Management.