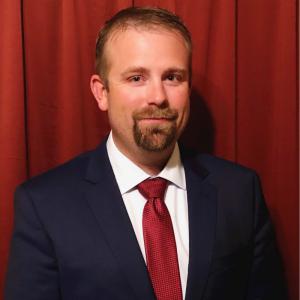 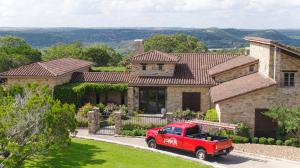 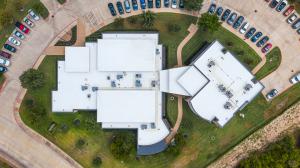 A drone capture of a completed roofing project.

Josh has been at the forefront of expanding our company's vision, education, & growth. Schulte Roofing will continue building on what has stood the test of time, a commitment to excellence!”
— David Schulte

COLLEGE STATION, TX, UNITED STATES, May 22, 2020 /EINPresswire.com/ — College Station, Texas – For 25 years, David Schulte has worked tirelessly to make Schulte Roofing the most trusted College Station roofing company in the industry. Now, David is passing the torch to his successor, Josh Schulte. As David’s son and former VP, Josh has long been preparing to step into this role. Josh officially took over as president of Schulte Roofing effective January 13th, 2020.

“We will continue to do the same as we always have,” vows Josh, “continue to raise the bar on quality, push the limits on workmanship, and serve our partners and customers as a resource for each and every roof.”

As Josh brings a fresh future to Schulte Roofing, he still intends to uphold and cherish the values this roofing company was built upon. ‘Home of the BulletProof Roof Guarantee® is a slogan of course, but it’s also a deeply held belief that defines the company, not just on how they construct roofs, but the peace of mind they offer customers through limiting their liabilities. The BulletProof Roof Guarantee® covers everything from material defects and workmanship issues to leaks or wind for up to 50 years. That’s a whole lot of peace of mind.

Maybe that’s why they’re the only roofing company to win Best of the Brazos Valley for ten years straight. David Schulte has built a legacy to be proud of and he’s excited to pass it into the capable hands of his son, Josh.

“It is time,” says David Schulte, founder and former president of Schulte Roofing. “Josh has been at the forefront of expanding our company's vision, education, and growth. We look forward to having Josh serve as our new President as he brings an enormous amount of integrity, experience, and dedication to serving our clients. Schulte Roofing will continue into the future building on what has stood the test of time…”a commitment to excellence!”

David Schulte has built more than just a roofing company in College Station, he created a cultural icon—spearheading Bulletproof Bob and the beloved Schulte Roofing jingle. David doesn’t intend to step away from the company altogether, he’ll instead be focusing on his role as a board member as well as head of marketing and communications.

Home of the BulletProof Roof Guarantee®