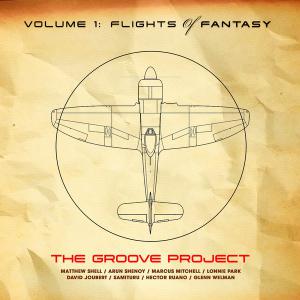 The GROOVE PROJECT was formed in Los Angeles, California in 2016, and has since grown into an international super-band with the lineup shuffled in 2019 by Shenoy into an 8-piece group. 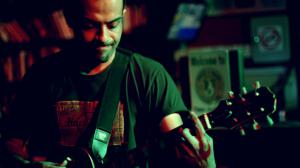 The music of Arun Shenoy and The Groove Project has helped many of us cope with our own personal losses, fears and anxieties – especially during this uniquely troubled time. 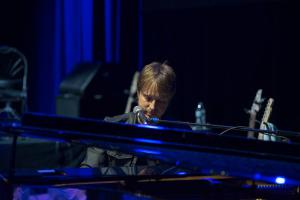 Keyboards and vocals by Lonnie Park, the music is wheeling and soaring, with a surprising, swinging airworthiness, the whole cruise is a smooth jazz concept album exploring man’s fascination with flight.

The new album – Volume 1: Flights of Fantasy – is a ticket to fly.

Aviation is proof that given the will, we have the capacity to achieve the impossible.”
— Eddie Rickenbacker, WWI Fighter Ace and Medal of Honor recipient

LOS ANGELES, CA, USA, July 12, 2020 /EINPresswire.com/ — Prepare for take-off to destination GROOVE — the latest from the global group The Groove Project, with guitarists and producers Arun Shenoy and Matthew Shell co-piloting their newest smooth jazz music video “Beyond the Atmosphere” from the new album Volume 1: Flights of Fantasy. The music is wheeling and soaring, an airworthy cruise as a concept album exploring man’s fascination with flight.

In addition to “Beyond the Atmosphere”, the band has released two other music videos in support of the album for the tracks, “First Flight” and the dreamy, lyrical “Bird on a Wire (Song For Mo),” which Shenoy calls the true emotional core of the project.

“Beyond the Atmosphere” is headed for Smooth Jazz radio adds next week, serviced by Neil Sapper of New World 'n' Jazz, who also worked the tracks “Pilot” and “Shadows”, picking up significant traction on mainstream terrestrial and digital radio in major markets across the US. On Spotify, the editorial playlists Sax and the City and Smooth Drive have added “Leap of Faith” and “Beyond the Atmosphere,” respectively.

“Dreams” is inspired by one of Shenoy’s favorite songs, Dream Theater’s “Waiting for Sleep.” "Dream" and the track “Gravity” both feature the elegant solo and harmony work of Armenian pianist Vahagn Stepanyan. Capping the set of radio ready singles is “Imagine,” a nearly ten minute “out there” fusion jam whose intense grooving, spacey sonics and sense of synth adventure may remind listeners of classic George Duke.

As these individual singles, released monthly over the last year, gave rise to the full album concept, Shenoy started thinking about a quote he could pair with the title Flights of Fancy. The one that captured his thoughts was by Eddie Rickenbacker, WWI Fighter Ace and Medal of Honor recipient, who wrote, “Aviation is proof that given the will, we have the capacity to achieve the impossible.”

In a recent review, noted American music journalist, Jonathan Widran wrote, “Drawing metaphorically on that wisdom, one of the intangible ways music achieves this is in healing us and soothing our fears, anxiety and restlessness whether we’re facing great personal crises or collective challenges like we are all experiencing in 2020. The music he and The Groove Project have created for Volume 1: Flights of Fantasy have helped many of us cope with our own personal losses, fears and anxieties – especially during this uniquely troubled time.”

The Groove Project was formed in Los Angeles, California in 2016 as a 14-piece group by Shenoy, who earned a Contemporary Instrumental GRAMMY® Award nomination for his debut album, Rumbadoodle. Soon after, the original lineup released A STAGEY BANK AFFAIR in the same year. The record was chosen as a top Album of the Year by Jazziz Magazine’s Critics Pick and dubbed “an explosive, exotic, jazz-funk-rock-barn burner.”

The lineup for the new album — Volume 1: Flights of Fantasy — is fronted by Shenoy and Shell, alongside keyboardist & vocalist Lonnie Park. The 3 principals along with saxophonist Marcus Mitchell and keyboardist David Joubert are collectively credited with songwriting. As part of their international lineup, the rhythm section is locked down by Glenn Welman from UK on the drums and Hector Ruano from Venezuela on bass. Guitarist Samituru from Norway brings his maverick guitar work to the music. The vocalization by Park adds a unique signature sound to the high energy sound of the group’s music. Park also serves as the mix engineer for the group, while Shell was a primary songwriter for this album.

About The Groove Project
The GROOVE PROJECT was formed in Los Angeles, California as a 14-piece group by GRAMMY® Award nominated Artist & Producer ARUN SHENOY in 2016. The original lineup released a debut concept jazz-funk album titled A STAGEY BANK AFFAIR in the same year and was chosen as Album of the Year by Jazziz Magazine’s Critics Pick and dubbed “an explosive, exotic, jazz-funk-rock-barn burner” by noted American journalist and reviewer, Jonathan Widran. The group grew into an international super-band, and in 2019 Shenoy shuffled the lineup into an 8-piece group. After releasing a series of singles, the band released their second album on June 26, 2020. Titled “VOLUME 1: FLIGHTS OF FANTASY”, the music is a smooth jazz concept album about man’s fascination with flight. http://thegrooveproject.band/

The Groove Project – Beyond The Atmosphere (Music Video) – Album: Vol 1: Flights of Fantasy