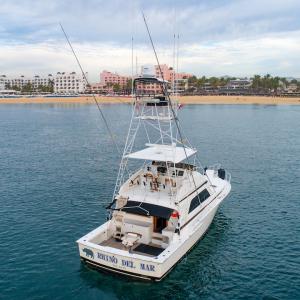 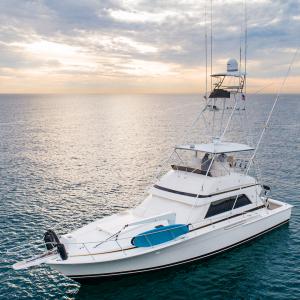 Tag Cabo’s 50ft Bertram fishing Yacht comes with an experienced captain, a private chef, room for up to 12, and more.

The new yacht is piloted by Ramon , a record-holding and well-known fisherman. His experience has been instrumental in Tag Cabo’s delivery of enjoyable and successful fishing trips.

Amid the Coronavirus pandemic, social distancing measures are pertinent for safety. The new Bertram’s spacious bedrooms and up to 12-person seating capacity ensures a safe fishing experience with plenty of space for a moderately sized group.

Speaking about adjustments to ensure the safety of their passengers from the Coronavirus, a representative from the company said, “Our initial goal with introducing the new yacht was to provide an even more pleasant and luxurious fishing experience than before. However, after the spread of the Coronavirus and its ensuant threat to people’s safety, we were increasingly committed to offering the yacht as soon as possible. It’s expansive enough to maintain adequate distance, and the luxury it offers may be the solution to people’s quarantine blues.”

The fishing season never ends in Cabo. In the current season, budding and recreational anglers could expect to catch Yellowfin Tunas, Wahoos, and many other fish. At other times, one can expect to catch billfish, like Marlins and Swordfish. In light of that, Tag Cabo provides cleaning services and a private chef with every chartered trip to end its trip with clean, piquant, and succulent meals.

Fishing requires patience. To keep people entertained during those bouts of peace, Tag Cabo has equipped the yacht with water equipment for non-fishing activities. The yacht comes with kayaks, snorkeling gear, a paddle board and more to give passengers something to do if they need a break from fishing.

Tag Cabo Sportfishing continues to offer one of the best fishing experiences in Cabo San Lucas market. Interested parties can book their fishing trip on Tag Cabo’s new Bertram yacht through their website.

About the Company.
Tag Cabo Sportfishing is a yacht chartering company based in Cabo San Lucas, Mexico. It aims to provide safe, pleasant, and instructive fishing experiences to its clients in Cabo San Lucas. 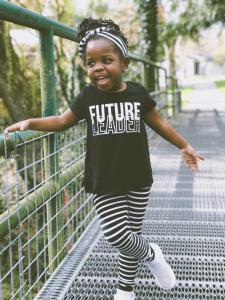 Currently almost 7 million children between the ages of 0 to 17 are using prescription psychiatric drugs including more than 1 million who are using antipsychotics.

The headquarters for CCHR Florida are located in downtown Clearwater.

The Florida chapter of CCHR is a non-profit mental health watchdog dedicated to the protection of children. 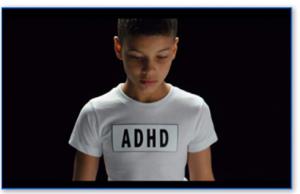 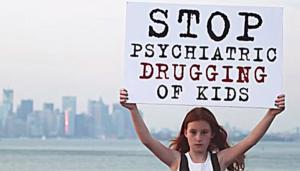 Tt is well past the time when government officials should investigate the multibillion-dollar psychiatric industry and their abuse of minorities.”
— Diane Stein the president of the Florida chapter of CCHR

CLEARWATER, FLORIDA, UNITED STATES, July 1, 2020 /EINPresswire.com/ — Observed during July every year, National Minority Mental Health Month is supposed to raise awareness on mental health issues and research into the topic reveals numerous articles on how minorities are “underserved”. However, information published by the Citizens Commission on Human Rights (CCHR), sheds light on the disturbing history of psychiatric caused racism and abuse. [1]

According to CCHR, a mental health watchdog organization, “in the United States, African-American and Hispanic children in predominantly white school districts are classified as 'learning disabled' more often than whites. This leads to millions of minority children being hooked onto prescribed mind-altering drugs—some more potent than cocaine—to 'treat' this 'mental disorder.' And yet, with early reading instruction, the number of students so classified could be reduced by up to 70 percent.” [2]

Currently almost 7 million children between the ages of 0 to 17 are using prescription psychiatric drugs including more than 1 million who are using antipsychotics. [3]

Antipsychotics are powerful psychiatric drugs that come with serious side effects including tardive dyskinesia, which is marked by involuntary movement of the lips, tongue, jaw, fingers, toes and other body parts.

An article published by the Professor and Vice-Chair for Education in the Department of Psychiatry at Washington University in St. Louis – School of Medicine, Eugene Rubin M.D., Ph.D., quoted a study which reported that “over 1% of boys between the ages of 7 and 12 and nearly 0.5% of girls in this age group are prescribed antipsychotic drugs.” This same report noted that, “in adolescents 13 to 18 years of age, the percentages increase to 1.4% and 0.95% in males and females, respectively.” [4]

Even more alarming is that the investigators found that “about 85% of youngsters between the ages of 7 and 18 who are prescribed antipsychotics are also prescribed one or more other psychiatric medications, such as stimulants, antidepressants, and/or mood stabilizers.” [5]

Children being prescribed antipsychotics is especially concerning given the fact that it is known that the human brain does not fully mature until about 24 years of age and that antipsychotics have been linked to adverse changes in brain structure. [6]

“While the dangerous drugging of children is of serious concern in general, nowhere is the need for change more apparent than in the foster care system,” stated Diane Stein the president of the Florida chapter of CCHR. “Statistics show that one in four children in foster care are administered at least one psychotropic drug.” [7]

Given that “African American children make up approximately 33% of children in foster care nationwide, but only 15% of the national child population”, the motives behind the promotion of more mental health access for minorities comes into question. [8]

“Today minorities are being targeted by the mental health industry who claim minorities are underserved, yet for hundreds of years psychiatry provided the justification for racism,” stated Diane Stein.

A CCHR publication “Creating Racism: Psychiatry’s Betrayal” details how the ‘father of American psychiatry’, Benjamin Rush, declared that “the color of Blacks was caused by a rare, inherited disease called negritude, which derived from leprosy” and that “the only evidence of a cure was when the skin color turned white’. [9]

“When the hand that is pretending to offer help has historically been the one behind the abuse it is well past the time when government officials should investigate the multibillion-dollar psychiatric industry and their abuse of minorities,” said Ms. Stein.

About CCHR: Initially established by the Church of Scientology and renowned psychiatrist Dr. Thomas Szasz in 1969, CCHR’s mission is to eradicate abuses committed under the guise of mental health and enact patient and consumer protections. L. Ron Hubbard, founder of Scientology, first brought psychiatric imprisonment to wide public notice: “Thousands and thousands are seized without process of law, every week, over the ‘free world’ tortured, castrated, killed. All in the name of ‘mental health,’” he wrote in March 1969. To learn more, please call 727-442-8820 or visit www.cchrflorida.org.