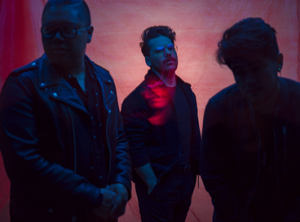 Tickets on sale now for the mySongbird Livestream concert

Tickets are on sale now for the mySongbird Livestream concert

NASHVILLE, TENNESSEE, UNITED STATES, October 22, 2020 /EINPresswire.com/ — Atlantic Records' signed band A R I Z O N A will perform in an immersive livestream concert from Nashville on Thursday, October 29th at 7:00 PM PDT or 10:00 PM EDT. The 70-minute, 21-song set will be broadcast via mySongbird's myWay™ technology, allowing guests to watch via any of their streaming devices. Tickets can be purchased at shop.mySongbird.com, and viewers can access the concert for 24 hours after the show's start to enjoy as many times as they like. The livestream is a new kind of concert, providing an immersive livestream whereby fans can switch between their favorite camera angles for a truly personalized experience.

A R I Z O N A have made a stunning leap forward with their latest new album, ASYLUM. The album – which follows the NJ-based trio's breakthrough debut album, GALLERY – sees them driving their signature approach to remarkable new heights, fusing groundbreaking pop technique with creative visual design and uncommon textural depth. Multi-faceted tracks such as "Problems" and "Still Alive" reveal a profound and powerful sense of community, fueled in part by the band's exploration of their own interpersonal relationship.

Following the arrival of their sophomore album ASYLUM, which generated over 100 million streams and counting, A R I Z O N A dropped a series of performance videos for their single "Problems," which exceeded 8 million streams globally in addition to nearly 1 million video views and "Where You Are”, which racked up close to 200,000 video views. Additionally, the band continues to garner widespread acclaim. Billboard praised “Problems” as “a perfect introduction…the song perfectly encompasses the overall feel of the album.” Idolator raved, “The follow-up to 2017’s breakout release GALLERY features a wealth of thoughtful electro/alt-pop anthems.” LISTEN TO THE ASYLUM ALBUM HERE.

About A R I Z O N A:
With over a billion worldwide streams and counting, the New Jersey trio A R I Z O N A – Nathan Esquite, David Labuguen, and Zachary Charles – has proven a true planetary phenomenon, creating worldwide waves with their ingenious brand of contemporary electronic dance-pop. Signed to Atlantic/APG in 2015, their debut GALLERY emerged among 2017’s biggest global releases, boasting over 750 million worldwide streams. The album showcases a stunning collection of hit singles, among them “Electric Touch,” “I Was Wrong,” and the RIAA gold-certified “Oceans Away.” In addition, A R I Z O N A can be heard on Avicii’s recently released “Hold The Line (Feat. A R I Z O N A),” from the late artist’s posthumous album, TIM. 2019’s ASYLUM sees them brilliantly and boldly builds on this foundation with “Freaking Out,” “Nostalgic,” “Problems,” “Where You Are,” and more.

A R I Z O N A past performances include a sold-out series of headline tours, a North American arena tour supporting Panic! At The Disco, and spectacularly well-received festival sets including Lollapalooza, ACL, Coachella, Hangout Music Fest, Firefly, and Governors Ball.

About mySongbird:
Founded in 2020 by Michael Mountford, mySongbird is a sustainable company filling the void of premium musical entertainment on television. By providing in-person and streamed concerts and building a massive genre-spanning library, the company supports artists and fans alike with a professionally-produced, fully immersive style. The company is also serious about doing the most good. MySongbird reinvests a minimum of 20% of its EBITDA in companies or individuals working on technological solutions to ensure that Planet Earth lives indefinitely. They will seek out the greatest ideas, help entrepreneurs in their start-up phases, fund the best of these companies, and assist in their growth.