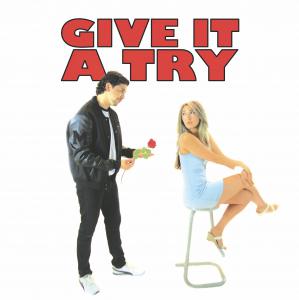 Give It A Try Available Now on All Major Platforms

The love song, “Give It A Try” is detailed to be about an encounter that we have with liking someone, yet not sure if they like you back.

Frisky’s idea to create “Give It a Try” was to portray a realistic perception of how love is in real life as opposed to what it is portrayed in music.

“When you feel a special connection to someone, it’s important to 'Give it a Try' to see if it’s meant to go anywhere, otherwise you’re left with the haunting “what if” question for the rest of your life.”

“I would like for people to feel happy and also hopeful. I want them to feel that it’s ok to take a chance with someone even if it means rejection because that’s the key to finding love.”

“Give It A Try” is available now on all major platforms. Follow Frisky on Instagram for updates on future releases and activities.

About Frisky The Rapper

Frisky’s first musical inspiration was his father, a Spanish-style guitarist, and vocalist. Growing up, Frisky was inspired by artists like Eminem and Red Hot Chili Peppers which inspired his career in rap and took him to the next level. Frisky’s love for music continued in 2008, as he started playing the guitar. A few years later, he tried to pursue his career by previewing a demo in front of music producers. However, the meeting didn’t go as Frisky planned, so he decided to keep music on the backburner. Instead, he decided to pursue a career in stand-up comedy. Under the stage name, Andy Lugo, he opened up for big acts like Joe Rogan, Dana Carvery, Dane Cook, Whitney Cummings, Alonzo Bodden, and more. While he enjoyed his time in comedy, music was always on his mind and truly in his heart. So in 2018, he decided to give music another try, as a hip-hop artist/rapper and he has never looked back.