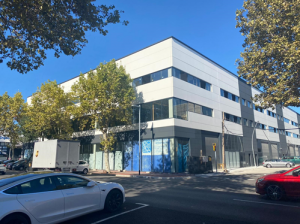 GPAINNOVA, the global leading company in dry electropolishing technology and specializing in marine robotics, high-performance electronics and medical equipment, is the 7th fastest-growing organization in the European industrial goods sector and the 1st one in Spain in this field, according to the FT 1000 Europe's Fastest Growing Companies 2021. This annual ranking, compiled by Financial Times —the world’s leading global business publication— and the research company Statista, lists the 1,000 European companies with the best projection.

Financial Times’ report includes companies based in the European Union (EU), Norway, Switzerland and the United Kingdom that have achieved the highest Annual Compound Growth Rate (CAGR) between 2016 and 2019. The minimum CAGR required to make the ranking this year was 35.5 per cent, slightly lower than last year’s 38.4 per cent. GPAINNOVA triples this percentage (114.2 per cent). Its absolute growth rate was 886 per cent, ranking 160th in Europe.

The 1st Spanish company in the industrial goods field
Among more than fifty Spanish firms appearing in the Financial Times ranking, GPAINNOVA is the 13th in Spain and the 1st in the industrial goods sector in that country. The company’s catalog includes metal surface finishing equipment in the areas of dentistry, industry and healthcare companies, among other items.
The ranking does not contain the data achieved in 2020, a year in which GPAINNOVA, despite the COVID-19 crisis, set its own record with a revenue of €15.8 million, practically tripling its annual turnover in relation to the previous year (€5.9 million).
GPAINNOVA is also among the 314 companies that had already appeared in the 2020 list.

Technology companies gain and maintain dominance
Once again, the ranking reflects the growth achieved by technology businesses, which dominate with 219 entrants, up from 189 last year. When added to the related categories of fintech and ecommerce, that total climbs to 290.

For the first time, Italy is the country with the most entries on the list, with 269. Second is Germany (204), followed by France (162). As with last year, London is the city with the greatest number of fast-growing companies (71), followed by Paris (45) and Milan (36). Bulb Energy, the UK’s largest green energy company supplying 6 per cent of the market, nudges OakNorth bank off the top spot in this year’s ranking.

Pau Sarsanedas, CEO at GPAINNOVA, founded the company with the aim of being a technological platform to make multidisciplinary, complex and ambitious projects a reality. The purpose is that all the companies and people involved can benefit from the firm’s know-how and the necessary material resources, a scenario that is not always possible in the case of individual initiatives or SMEs. It has a human team of more than 130 professionals with more than 35 engineers, and next June it will inaugurate its new facilities in Barcelona, with a surface area of 5,000 square meters.