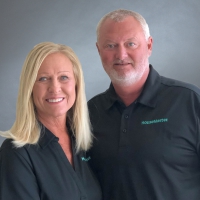 Local husband-wife duo Bill and Jane Hafdal are new owners of HouseMaster Serving Greater Phoenix; their two adult children to come on board later this year

MESA, AZ, UNITED STATES, May 11, 2021 /EINPresswire.com/ — HouseMaster Serving Greater Phoenix—-a franchise location that’s part of the first and most experienced home inspection brand in North America—is transforming into a multi-generational family business. Bill and Jane Hafdal, a married couple with 12 years of franchise business ownership experience under their belt—are the new owners of HouseMaster Serving Greater Phoenix. The couple acquired the territory from another local couple who had owned it for more than 20 years, Hal Kunnen and Wendy Rogers.

Kunnen will work with the Hafdals for a transitional period as they fully immerse themselves in the HouseMaster brand, while Wendy Rogers will step away from the business, focusing her efforts on her new role within the Arizona State Senate.

HouseMaster is known for its strong commitment to customer service. With more than 325 franchise areas across North America, HouseMaster holds a Net Promoter Score of 92 (a customer satisfaction ranking higher than Apple and Ritz-Carlton). Franchise Business Review has named HouseMaster a top franchise brand in its franchise owner satisfaction category since 2009.

This HouseMaster location serves the towns of Tempe, Mesa, Chandler, and Gilbert. Hafdal, who has served as an executive and owner in the healthcare IT sector, and his wife Jane will keep John O’Coin on their team, who has spent years on the HouseMaster home inspection team in the area. He is recognized locally as a leading home inspection expert.

“We’re excited to build on the legacy of HouseMaster, both here in the Phoenix area and beyond,” Hafdal said. “HouseMaster is an exceptional family business model, one that helps create a legacy. My sons Jordan and Brady are both inspectors and will help my wife and I grow the franchise. This will allow us to serve our community to the fullest extent possible.”

HouseMaster provides homebuyers and sellers an independent, third-party, professional evaluation of the visible and accessible condition of the major elements of a home. HouseMaster’s guaranteed inspections enable potential homebuyers and sellers the opportunity to make educated real estate decisions. From interior systems such as plumbing and electrical to exterior components like the roof and siding, the HouseMaster Home Inspection includes the evaluation of the visible and accessible major elements of the home.

“It’s really great to witness Bill and Jane building a legacy alongside their sons as new and growing HouseMaster owners,” said Jeff Meyers, Interim President of HouseMaster. “The Hafdals have the tools in place to take HouseMaster Serving Greater Phoenix to the next level and continue to serve their community with best-in-class home inspections.”

The Hafdals plan to join local business organizations and real estate groups, including Arizona Realtors Association and the Arizona Association of Realtors. In their freetime, they enjoy hiking and playing golf.

About HouseMaster®
HouseMaster®, a Neighborly® company, provides professional home inspection services and high-quality service experiences to residential and commercial real estate buyers and sellers across the U.S. and Canada. Founded in 1979, HouseMaster is the first home inspection business to the franchise and includes more than 170 franchise owners serving more than 300 franchise territories. HouseMaster is part of Neighborly, the world’s largest home services franchisor of 27 brands and more than 4,300 franchises collectively serving 10 million+ customers in nine countries, focused on repairing, maintaining and enhancing homes and businesses. Neighborly brands are found at Neighborly.com in the United States and Neighbourly.ca in Canada. For more information about HouseMaster®, visit HouseMaster.com.

About Neighborly®
Neighborly® is the world’s largest home services franchisor of 27 brands and more than 4,300 franchises collectively serving 10 million+ customers in nine countries, focused on repairing, maintaining and enhancing homes and businesses. The company operates online platforms that connect consumers to service providers in their local communities that meet their rigorous standards as a franchisor across 18 service categories at http://Neighborly.com in the United States and http://Neighbourly.ca in Canada. More information about Neighborly/Neighbourly, and its franchise concepts, is available at https://www.neighborlybrands.com/. To learn about franchising opportunities with Neighborly®, click here.